Welcome to Part 4 of the Workforce Conundrum. As we explore pieces of the puzzle that are at the root of the workforce conundrum, we will be looking at the pressures of the excessive amounts of information exerted upon those striving to fill the skills gap.  In my prior posts, I covered three other pieces of the puzzle: the skills gap; the under or unemployed; and company loyalty, and if you haven’t reviewed those yet, I would encourage you to do so, so you will be able to better understand some of the major influences.  Ok, now, let’s explore the information overload that we are facing.

Just how much information are we facing as a group? 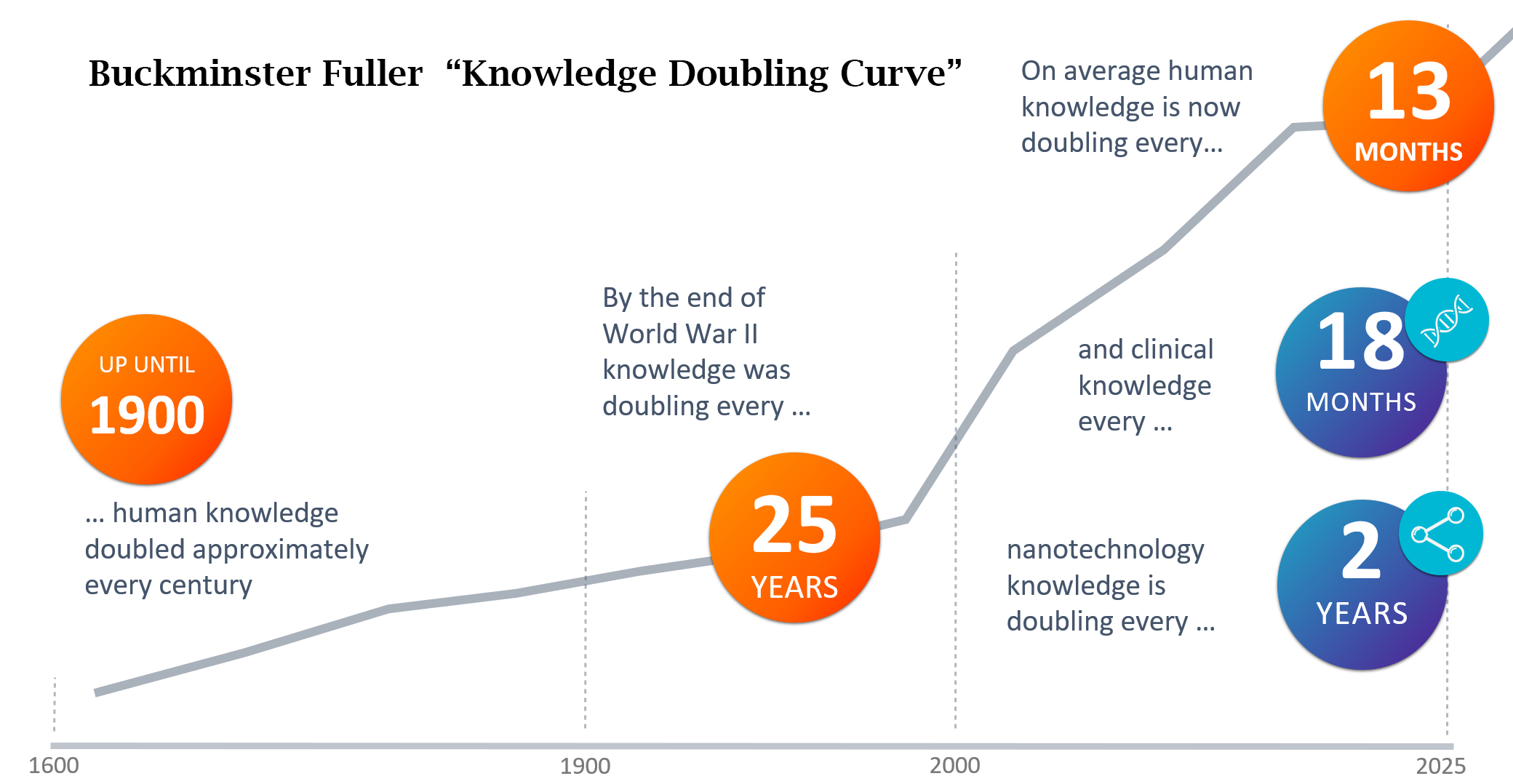 The rate of information overload increased with the advent of the Internet.  It isn’t just the amount of information available, but the rate at which it changes is unprecedented .  As more information is produced, , more and more of it is being consumed.  According to business intelligence company, Domo, Inc. , as of mid-2018, there are 4,333,560 YouTube videos watched, 12,986,111 texts sent, 18,055,555 forecast requests to the Weather Channel, 103,447,520 spam emails sent, and Americans use 2,657,700,000 megabytes of data every minute.[ii]  Every minute! 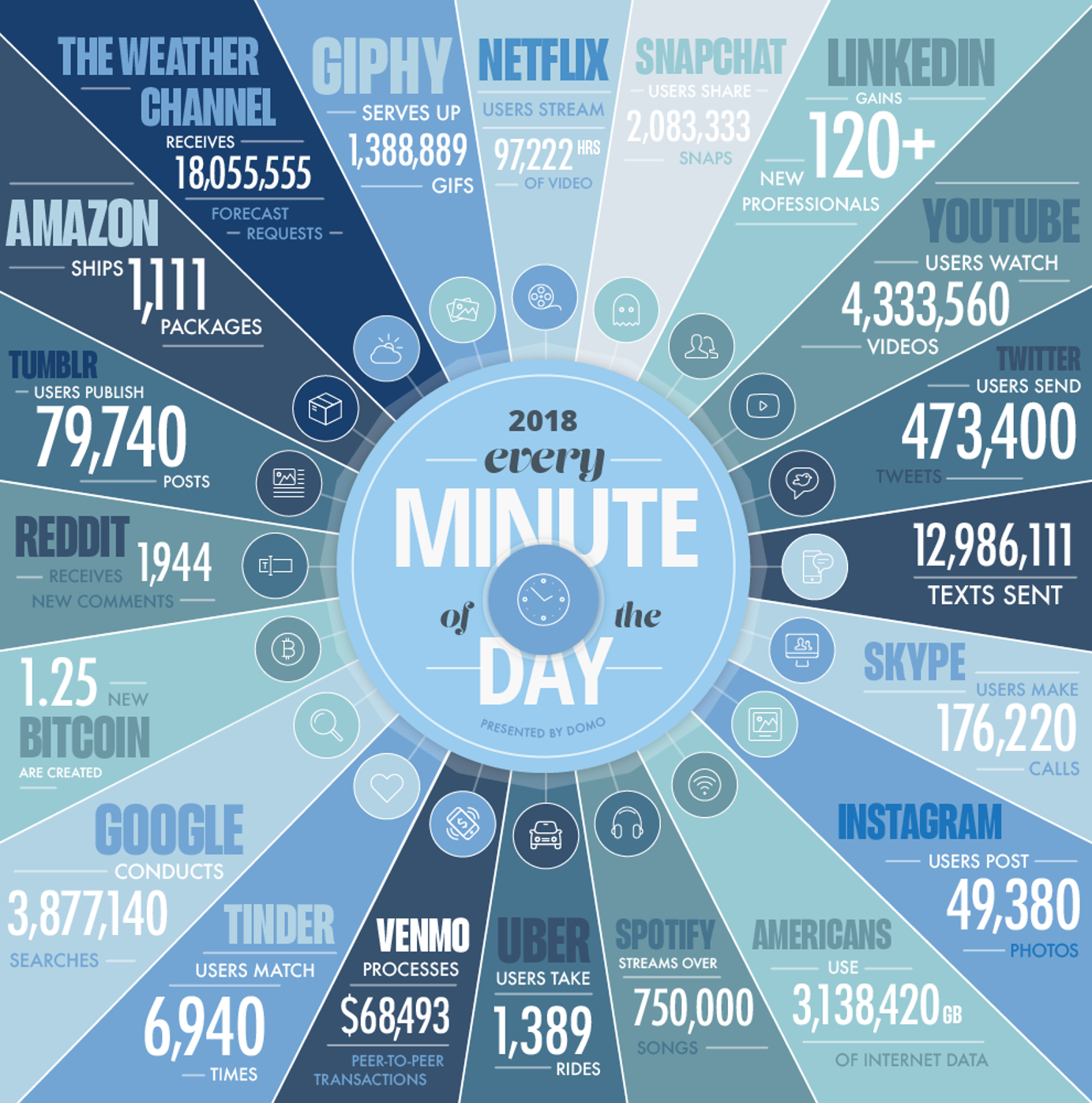 In further testament to just how fast information is growing, Eric Schmidt, Google CEO has been quoted as saying,

As we strive to understand what we should be learning and what skills we should be obtaining, there is a preponderance of options and a flood of information that is bombarding our brains every moment.  It is little wonder people begin to vegetate in front of the television or just surf the internet with little purpose.

Why does this happen?

If we rewind the clock 20-30 years, the options people had before them were fewer, job roles and required knowledge changed less frequently and the skills required to do a particular job were known and didn’t change before you finished the course you were studying.

In this age of information, having many choices thrust in front of us can lead us to not only the oft spoken of ‘analysis paralysis’ but can actually drive us to making poor decisions.  In his book, The Paradox of Choice,[iv] author Barry Schwartz explores the impacts of having too many options on our decision-making capability.  Schwartz describes two big problems from choice overload.

One of these problems is indecision based on the idea that something better (a fantasy) exists ‘out there’ and one should wait for that option.  Ritch Shydner, comically described in his HBO One Night Stand special[v], a similar example: “Guys have a commitment problem, because they think that as soon as they say ‘I do’ this mythical perfect woman will appear, and they will think ‘No!  I didn’t see her!  Now, I’m stuck with you!’”

A second problem described by Schwartz is that as we struggle emotionally with the various trade-offs enabled by so many options, we tend to lose focus (decision fatigue) on the task at hand (the decision) and value only a few, potentially poor indicators leading to a worse decision.

From just these few examples, we can see that information overload has a role in the Workforce Conundrum.  As more information is available, more needs to be understood to do a job.  A traditional job from years ago, like working on an assembly line, would be consistent and have few variables.  Contrast that with today when an assembly line worker might need to understand how to operate different robots, know at least the impacts shown by data analytics for their station, and be able to handle three to twenty different production layouts as various products require new operations.

Even on the picking a career front, Schwartz’s descriptions of the challenges caused by too much information might provide some indicators to why we are getting fewer skilled workers into the workplace.  How can these potential workers possibly decide what skills they need when the requirements for the jobs they seek seem to change daily?

Next week, we will cover the fifth piece of the puzzle before diving into the solutions space and move from “Why” to “What.”  Next week’s piece will deal with differing demographics – until then!

[iv] Schwartz, Barry. The Paradox of Choice: Why More Is Less. Ecco, an Imprint of HarperCollins Publishers, 2016.